“The Trip to Italy” — A Movie that Inspired a Dream

Have you ever had a dream of traveling to a far off destination that seemed totally out of reach, but then actually had it happen? That’s exactly what happened to me a few years ago after watching a movie called “The Trip to Italy.” The film stars British comedians Steve Coogan and Rob Brydon, who

END_OF_DOCUMENT_TOKEN_TO_BE_REPLACED 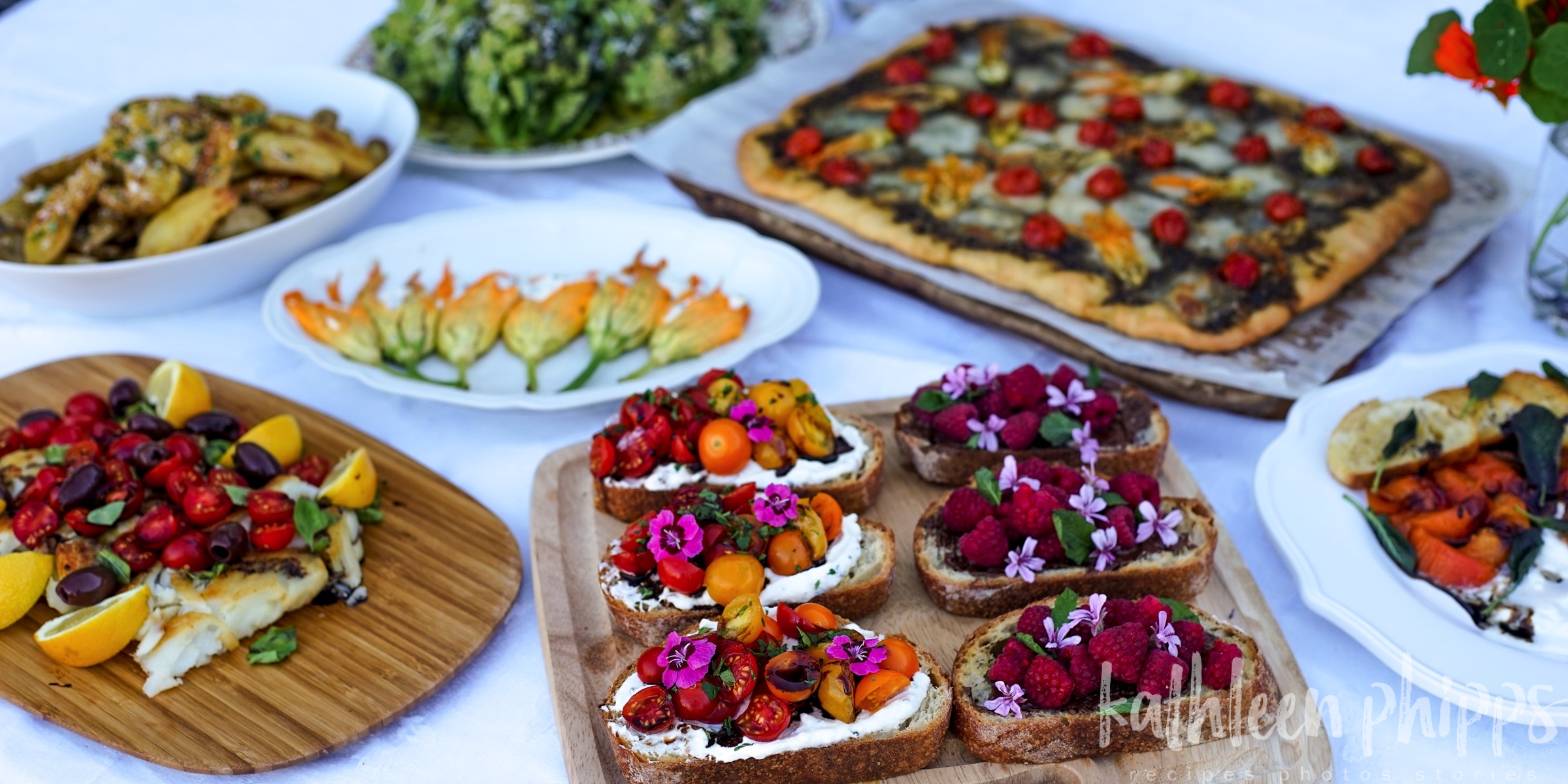 The Cooking of Rome

This is a menu I created with dishes inspired by the wonderful food I had in Rome. I remember eating the most delicious pizza topped with zucchini flowers. It was delicious and beautiful. I also tried cheeses from other regions of Italy, including burrata cheese, served with slightly tart and sweet fresh apricot compote. Romanesco,

END_OF_DOCUMENT_TOKEN_TO_BE_REPLACED

A Dinner in Late October

On an evening in late October this fall, when the first frosts were about to descend upon Portland, I dropped everything I was doing and went out to my garden to pick the last of the season’s produce before it all froze. It was lightly raining as it often does that time of year in